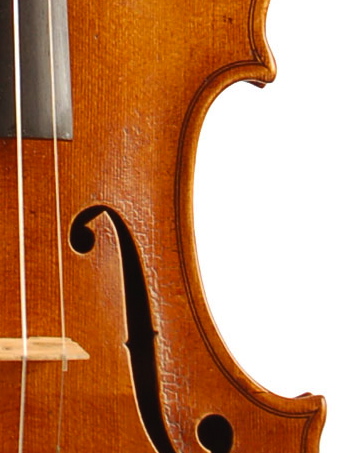 The Bloomsbury Chamber Orchestra is an enthusiastic orchestra covering a pretty wide age range (many of us are recent graduates). We aim to play challenging and exciting repertoire in an informal and relaxed atmosphere and perform a wide range of works for chamber orchestra, also spreading our wings into larger works from time to time.

The orchestra was formed at the beginning of 1991 for a one-off performance of Mozart's C Minor Mass at St. Martin-in-the-Fields. Under its founding conductor, Christopher Cox, the orchestra performed works including Stravinsky's Pulcinella, Strauss' Metamorphosen, Shostakovich's Cello Concerto No.1, Prokofiev's Classical Symphony and Mahler's 5th and 6th symphonies.

Michael Turner was appointed Music Director in 1996 and has continued and developed the orchestra's policy of performing a high proportion of unusual repertoire. He has programmed Symphonies by Honegger, Piston and Berwald, Dvorak, Beethoven, Walton and Bruckner, and introduced choral works such as the Vaughan-Williams' Serenade to Music and a performance of Copland's Old American Songs with baritone Henry Herford.

The Bloomsbury Orchestra has had the pleasure to perform new works such as Michael Daugherty’s Bassoon Concerto, Dead Elvis (soloist Aidan Twomey) and a work by our former principal cello, Peter Nagle, Infinite Breathing. In December 1993 the orchestra gave the premiere of Starless by the young English composer Michael Mullen at St James Piccadilly.

We have worked with talented soloists such as Alison Dods, David McNulty, Nick Allen of Solaris Quartet fame, Gabriel Dyker, Claire Thirion and David Griffiths. In 1995 the BCO was joined by the Horn Section of the BBC Symphony Orchestra to perform Schumann's Konzertstuck.

In September 2014 we joined the Epiphoni Consort at St John's, Smith Square, in a concert featuring works by Strauss, Brahms and Parry.

In Spring 2016 we welcomed Lizzi Tocknell as the soloist in a new Horn Concerto especially composed for her by our Music Director, Michael Turner.

Autumn 2016 sees the Orchestra celebrating its twenty fifth anniversary, with a concert including works by Elgar, Messaien, Bax, Shostakovich and a new work by Michael Turner.

To view the repertoire both past and for the future, check out the relevant sections on this website. We are always open to suggestions of repertoire to perform, so please submit ideas to us by sending an email to president@bloomsburychamberorchestra.org.uk