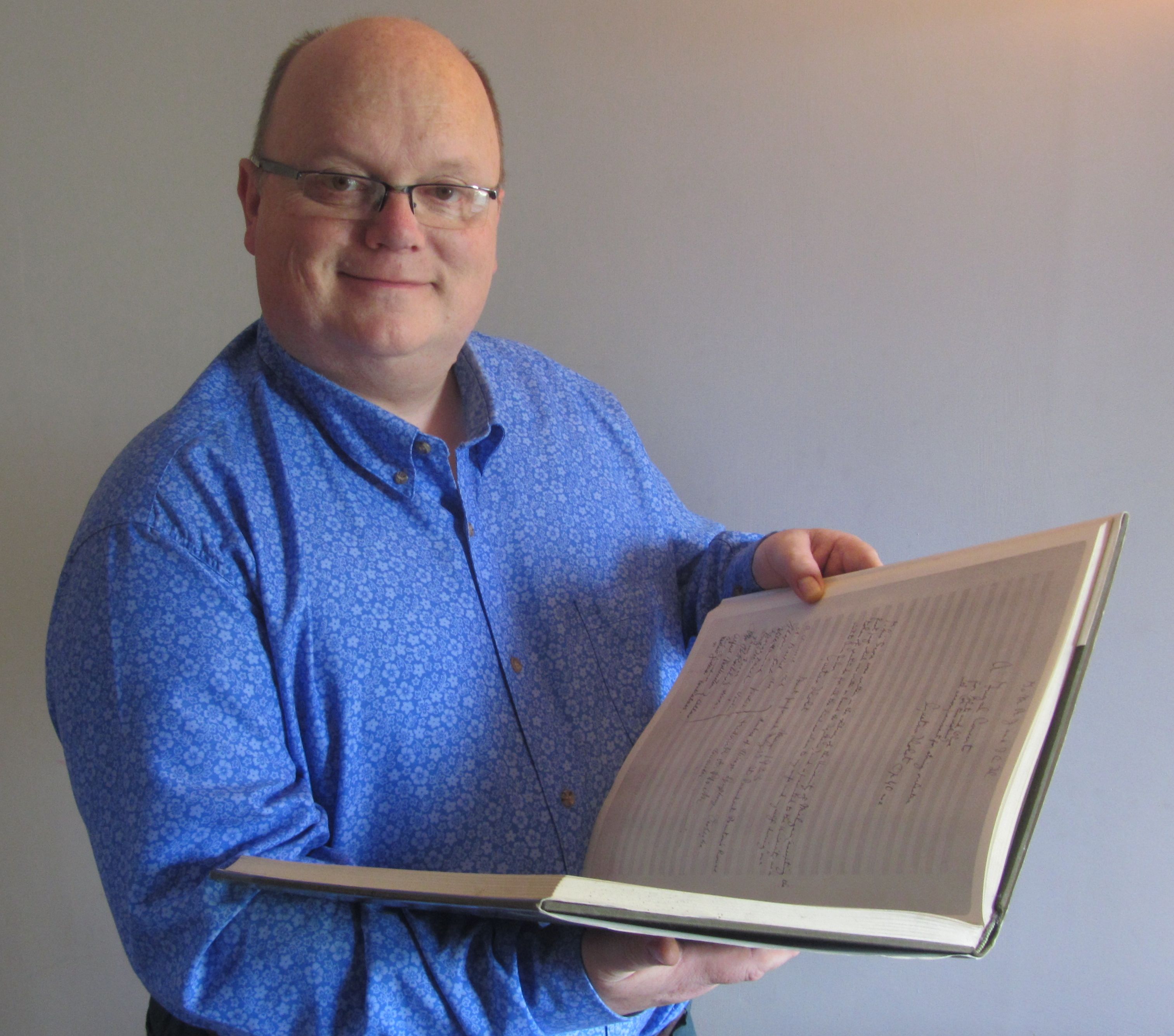 Michael Turner was born in Birmingham and, following a number of years study of the violin and viola, settled on percussion as his principal instrumental study. He has undertaken extensive work as a choral singer, being involved with a number of choral groups including the CBSO Chorus.

In 1980 he began his first studies of conducting, attending courses with John Carewe and George Hurst at the Dartington and Canford Summer Schools respectively during the 1980`s. He also received tuition from Hilary Davan Wetton who instilled in Michael a desire to follow the same conducting style as he had learnt from Sir Adrian Boult. While gaining a Bachelor of Arts degree in Musicianship at Leicester University, together with a University Certificate in Music Technology, Michael formed the Studio 9 Chamber Orchestra, in Birmingham, which gave a number of concerts at the Adrian Boult Hall in Birmingham to high critical acclaim. Michael was appointed Music Director of the Bloomsbury Chamber Orchestra in 1996 and the Oswestry Sinfonia in 2014. He made his debut with the Manchester Camerata in 2007, while other orchestral and ensemble conducting has included work with the University of Leicester Symphony Orchestra, the Proteus Chamber Orchestra, the Telford Orchestra, appearances at the Edinburgh Fringe, Peckleton and Ampthill Festivals together with numerous appearances at the Harlington Festival with both the Harlington Festival Orchestra and the Bloomsbury Chamber and Philharmonic Orchestras.

As a choral conductor, Michael has worked with a number of groups including the University of Leicester Singers, City Voices (Birmingham), Harlington Festival Chorus, the Birmingham Singers, the Marches Community Choir (Shropshire) and was Music Director of the More Singers (Shropshire) for the 2010/11 season.

Michael has been an active composer for some time and has written works ranging from church anthems and carols to pieces for a vast range of instrumental combinations. In the orchestral field his work The Deluge was premiered by The Phoenix Orchestra (in Birmingham) in 1986, while the Bloomsbury Chamber Orchestra has premiered his works Dance Sketches, Waiitouque Celebration, Then Only the Empty Spaces, A War Song Medley and a Horn Concerto, written for Lizzi Tocknell. In 1995 a substantial work for orchestra, choir and narrator, Bunyan`s Progress (charting the life and times of John Bunyan), was premiered by the Milton Keynes City Orchestra, Cantamus Chamber Choir and narrator Michael Powles under Michael`s direction.

Michael worked in the record industry in London for 12 years, combining this with arts administration in the Festivals field and lecturing in music and copyright. Between 2001 and 2003 he was Administrator to the Ludlow Festival and undertakes consultancy work in the arts and communitysectors. He was Chairman and later President of the Harlington Festival Society, a Member of the Advisory Board of the British Music Information Centre and has served on many committees within the national and international music copyright business. Michael lives with his family in South Shropshire and, among a number of roles, managed Acton Scott Historic Working Farm for a number of years. The farm gained national fame as the site used for the popular BBC TV series, Victorian Farm and its various spin- offs, together with appearances on a number of other BBC, Channel 4 and More 4 series including Jedward`s Big Adventure for CBBC!